“Cultural assimilation is the process in which a minority group or culture comes to resemble a society’s majority group or assume the values, behaviors, and beliefs of another group whether fully or partially.”

Alchemy of flowers, spices, vegetables and a drop of wine makes an all too wonderful sauce. Melting pots are different because they separate the one from her identity. The things which make her and him unique dissolved into a stew. What advantage is there in homogenizing immigrants–what is lost to them, to us, to the wholeness that loves variety?

What remains is the longing for what you’ve abandoned in yourself–grief, you bet, yes!

Assimilation has also been referred to as Cultural Homogenization–It is an aspect of cultural globalization intending a reduction in cultural diversity.

I was never really ‘white’ never really wanted to be that generic, one-size fits all milk-toast identity grouping on applications. Applications for jobs, apartments, housing, surveys, sundry forms, what have you. Checking ‘Other’ didn’t cover it for me either. Other planet? Other Galaxy? Other sexual orientation, other dimensional, another type of animal, homo-erectus or feline. Yet, doesn’t someone love to classify, label, name and segregate disorienting one from their origins/ancestry and the wonder of diversity?

I can agree that I’m female, belonging to the largest and least represented category (along with children), the culture of woman. Doesn’t that culture span the globe? Don’t we have more in common than not? We search for the exotic and foreign through travel and outside of ourselves, when, in fact, the terrain within is vastly foreign, exotic. Carl Jung was one of our navigators through this landscape but he died and we were left stranded in a sea of distractions and technological advances. All of these diversions from what is going on inside and in the larger world over which we feel helpless to make a difference.

I would have felt more shame had my ancestors been the first to arrive on the Mayflower. I wouldn’t have wanted to claim that perceived glory. It was too close to the extermination of a race of people with whom I feel empathy. The indigenous ones only wanted to protect their lands, their people and the pristine quality of their lives–their connection to the earth–indigenously wise.

Nov.16, 2015
My ancestors came over from Italy and Ireland a few generations ago.
I am third generation here not so long–
Immigrated, assimilated–
but the dreams persist and
I resist the memories they convey.
I am here–America–
born in America.
Why then this strange chanting
in a language that makes me tingle
yet I don’t understand?

Skin–shades of various tones. Beneath it, ah, bones, blood, organs–skin, what perceptions do we have based on shades of skin?

Years–accumulation of years–what perceptions do we have based on how many or how few years one has lived on planet earth?

What perceptions do we have based on sexual orientation?

What perceptions do we have based on physical appearance? Height, weight…

On and on it goes, our limiting perceptions.

Once upon a time, I married a young Hispanic man. I gave birth to two daughters. They resemble their Mexican heritage physically. They are also Irish, Italian, French and German. Their father did not grow up speaking Spanish although both of his parents were fluent native speakers. Was there a shame in bringing the language forward? The dream was to have your children be assimilated, an American, and it was presumed that the native language would link them to something undesirable.

Today, when my daughters are in the company of other Spanish-speaking Hispanics and it is discovered that they don’t speak the language, they are looked down upon by the native speakers. Yet, because of their appearance, they are devalued by the “White” ones. It’s all very peculiar, isn’t it?

So there it is. In this time when we experience heightened awareness of our patterns of communication, we come up against a belief system in someone else that is so contrary to how we see things. It is their “white to our black”–an opposition, and we can’t get past the distinct differences. There are many opportunities to explore this over the course of one’s life. We’ve seen it in our politics a lot lately. And, sometimes up close and personal, within our own families.

While there may be some situations where I am able to put myself in someone else’s shoes and get an understanding of how they might feel, there are some beliefs or perceptions that I really don’t get.

These questions don’t feel confrontational to me. Any one of them would cause me to pause and consider the formation of my perceptions. If we’re both clear that the questions are an effort towards better understanding, that might help too.

When such a question is posed, there can be no attachment to trying to change the other person’s view. It is asked with an honest curiosity to get to know someone a little better, without judgment. That’s easier said than done. With someone else, can we deeply listen without confrontation or judgment? Can we decide that we don’t have to defend against the expression of someone else’s perceptions?

Yesterday a friend said something about her own thoughts that go astray…the ones that she disapproves of in herself. She is trying a new tactic–to witness without judgment and allow the thought to come in and go out. It seems that the better we get at doing this for ourselves, there is hope that we can then practice this with another. We cannot tell our mind “Don’t ever have that thought again!”, voicing our disapproval. Rather, we notice it and see it as a cloud passing through.

****
Humanity, on the whole, is young. We are finding our way, discovering what it is to be an evolving human being. We have a diversity within this being human. That diversity offers us an opportunity to explore and learn about the many aspects of what this means. Reviewing human history, I witness a less-than-genteel, coming of age as we move past the survival mechanics to a more tolerant and inclusive view of life on earth. However, we teeter between our evolution and the survival instincts–i.e., antiquated war as a means to handle conflict! We don’t seem to be very far along.

When I wonder how are we ever going to have a meeting of the minds, let alone the hearts, the words active compassion surface as power words. Perhaps, in any efforts at communication, we need to bring this quality into the center of the circle engaging active compassion as the basis for any discussion where there is a great variance.

Today, this is only me thinking on paper. Please take from these mind meanderings what you want and leave the rest. And, I’d like to hear what you think in response. Truly.

This looking and seeing is a theme I visit on occasion.  Perhaps it’s only a mind game yet…is it a worthy one?

****
I look.  I see something.  Based on what I expect to see, studies have shown that I confirm my already-formed perceptions.  It is comforting to me to imagine that what I see gives confirmation to what I perceive or believe to be so.  If my preformed perceptions are confirmed, I often don’t look any deeper.

These preformed perspectives help me to navigate through my life.  It can be personally challenging for anyone to entertain another perspective or opinion because we count on our prepackaged viewpoints.  I unconsciously give myself confirmation that what I see is the way it really is.  To consider another perspective or to go below the surface of my thoughts or beliefs, I would have to be very flexible.  This sort of shift creates an instability.  Few people are comfortable with instability.  I don’t want disruption and chaos.  No way!

Assuming that how I see something is the way it actually is, I rarely consider that you might see something entirely different and that to you, it is also true.

Contemplation:
If you went below the surface of your perceptions, what might you discover? 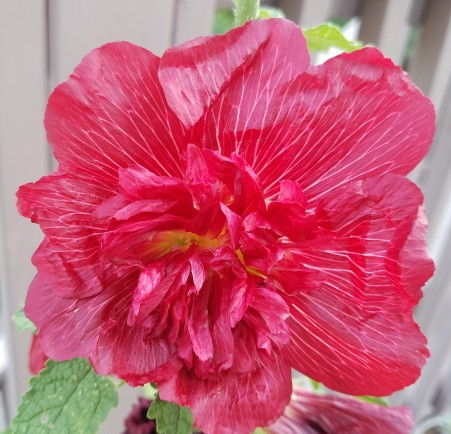