The elephant shows up in my art more and more frequently.  I’ve posted this mixed media painting from 2018 a few times.  I don’t think that I mentioned the entire backstory for this piece.

I cut my little purple elephant from a photocopy of an earlier painting.  Whimsical, right?  But the actual photo of an elephant that I used as a model was an orphan in Dame Daphne Sheldrick’s Wildlife Refuge for traumatized baby elephants.  Many of them were orphaned due to poachers taking down their mothers and harvesting the ivory tusks for profit.  A very sad story that continues to this day! 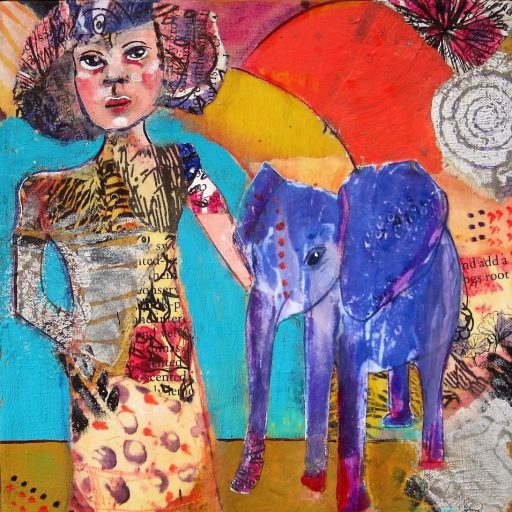 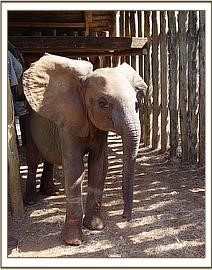 I could see the trauma in the eyes of the little elephant.  A glazed, dazed look of dread.  For he had witnessed the violent death of his mother.  And then, he was left to wander in this confused and fearful state until he was rescued by a helicopter team and brought to the sanctuary.  Once there, it took these tender experts time to help him overcome the initial effects of the trauma.  Gradually, he was integrated in with a group of older elephants to help him with further recovery…to the degree that he could recover.

Dame Daphne Sheldrick and her husband, David, started the shelter for orphaned animals, especially elephants, many years ago.  He passed away in 1977 and Dame Daphne  continued the trust in his name.  She died in 2018.  I wondered if the work that she and her husband had so passionately lived was being carried on.  I am relieved to see that their daughter, Angela, who worked alongside her mother for twenty years, continues this heroic work with the help of her husband, their children and the Sheldrick Wildlife Trust team.  This is really a huge task as the poaching continues.  It occurs to me (and to others) that if there wasn’t a market for ivory, then the elephants might have a chance.  However, there is a market.  How does one address such greed?  I read recently that if someone is bragging to you about their ivory collection or even a trinket that they have…show them a few photos of whose life was taken to add ivory to their collection.  In other words, shame them.

****
There are 415,000 elephants remaining in Africa.  Recently 350 elephants died in Botswana.  Cause unknown.  So far, these deaths have not been connected to poaching–no tusks were removed.  Elephants are deeply feeling animals.  Some have said that they are mourning the loss of lives in their community.  I can believe this to be true.